Gated communities often present a roadblock for process servers. Process servers who are given an address located within a gated community are typically faced with either the potential of violating trespass rules (rendering them unable to complete the service) or they are forced to deal with an evasive intended recipient who refuses to accept service. Because these gated communities are often guarded by a security officer who refuses access, these citizens are not able to be served. Justice, for those seeking it, is blocked by the gatekeeper, especially in situations where the service is time-sensitive. Citizens not residing in a gated community are not afforded this same ability to dodge service, and in effect, are given impunity. As the ARCP is currently worded, there is no special exemption for service of process, which in turn ignores the citizens right to due process and prevents those attempting service from doing their jobs. 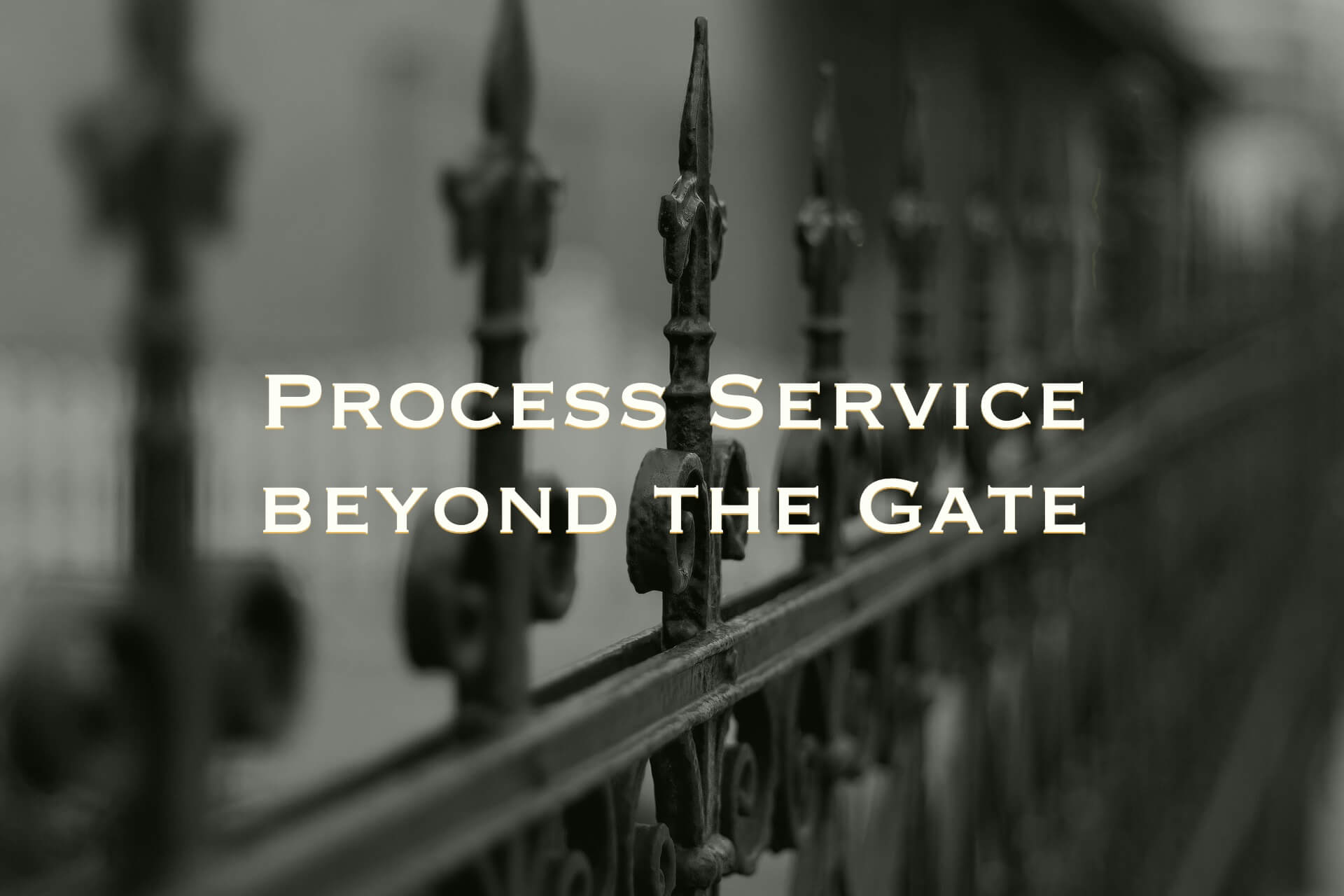 The proposed Rule change would essentially treat the security guard or gatekeeper as a representative of the homeowner, which would allow substitute service. This would create an opportunity for civil process servers, as well as constables or sheriffs and their deputies, to effectuate service on the gatekeeper who is restricting access to the individual to be served while still respecting the citizen’s right to privacy.

Barry Goldman, Arizona Process Server Association’s Legislative Chair and Vice President, stated in an interview that “Because they are the gatekeeper to the home, what we’re proposing is that if we go ahead and can’t get in through the gatekeeper [that the gatekeeper be served]. They’re acting as the agent for the homeowner in refusing to let us in.”

The proposed ARCP Rule change cites neighboring states California and Nevada for having statutes that address this issue. The pending Rule change is in progress.

When asked why APSA was pursuing this ARCP Rule change and not other legislative changes, Goldman explained, “We spent a considerable amount of the association’s money. And we didn’t get the bang for the buck. So, we just don’t feel that as an association that we can truly be a good steward of our members’ funds if we were to spend that money again on a futile attempt.” He went on to explain that “As far as our legislative efforts go, as long as it doesn’t have to go to the House Judiciary Committee and doesn’t have process server in [the language], it could move forward. But unfortunately, there’s one member of the House of Representatives that’s basically sinking our efforts to get an assault bill passed.”

There has been an ongoing effort to get a process server assault Bill passed in legislation; however, previous attempts have been thwarted by non-supporters in legislation.

In January 2013, SB1053, was presented to the Senate and failed. Senator Steve Yarbrough, in that first reading stated “I will simply tell you, and I’ll explain my vote in a moment, but I have serious reservations about the appropriateness of making what would otherwise be a simple assault become an aggravated assault simply because the person is a process server. I’m really having a tough time with that.” His vote was no. (video 23:47-24:07 )

The current 2017 assault Bill SB1075  is sponsored by Senator Kavanaugh but is currently stalled in the Senate.

All of the aforementioned Bills were written so as to meet the needs of both process servers and legislators; however, it is often met with opposition in the Senate, with many senators asking for data on the prevalence of assault and others voicing hesitation to give process servers the same protections as peace officers. Unfortunately, the mindset that process servers are just regular people making deliveries prevents protective legislation from moving forward. As more bills have progressed and more becoming law, most recently, in New York, there is hope that process servers will be given the respect under the law that they deserve. Arizona process servers have exhibited relentless perseverance in pursuing this legislative change. Hopefully, they will succeed as other states make changes to further protect process servers under the law.