There are usually two options for lawyers and paralegals who need to start legal proceedings by having someone served with papers — hire a process server or contract with the sheriff’s office. Although some states and counties mandate that the sheriff or constable are the only authority allowed to serve process, the vast majority allows for the choice.

Though utilizing deputies might save a client $10 or $20, studies show a majority of legal professionals think that professional process servers are faster, have a better knowledge of service regulations and a better success rate. Process servers have a vested interest in satisfying a client with their efforts, while law enforcement officers frequently have other tasks and different priorities.

Controversy in the Empire State of the South

But some of the sheriffs in the Peach State aren’t giving many people the option.

According to Georgia law, “Process shall be served by the sheriff of the county where the action is brought or where the defendant is found, or by his deputy, or by the marshal or sheriff of the court, or by his deputy, or by any citizen of the United States specially appointed by the court for that purpose or by someone who is not a party and is not younger than 18 years of age and has been appointed as a permanent process server by the court in which the action is brought.”

Private process servers were allowed under a 2010 law after becoming certified “provided that the sheriff of the county for which process is to be served allows such servers to serve process in such county”.  According to the Georgia Association of Professional Process Servers (GAPPS) the sheriff’s association had the proviso added into the law to effectively prohibit anyone from actually serving. Only two of the state’s 159 counties — Cherokee and Union Counties — have allowed certified process service.

According to the sheriffs’ association, all candidates who meet the minimum qualifications of Georgia’s judicial council will be granted certification, though “each sheriff will exercise his or her discretion to approve the service of process by certified process servers in each county.”

Citing concerns with integrity and ethics, the sheriffs’ association states all training providers are aware process servers “may not be allowed to serve in certain counties.”

“This information is provided in order to ensure that all individuals seeking certification understand that the service of process by certified servers may not be authorized by sheriffs in all counties,” the sheriffs’ association website states.

Process servers have papers served to the sheriffs’ association

In 2013, GAPPS sued the sheriffs of six Georgia counties for “acting in concert and conspiracy” with the association and 150 other sheriffs to “implement a blanket prohibition” against process servers operating within their counties. 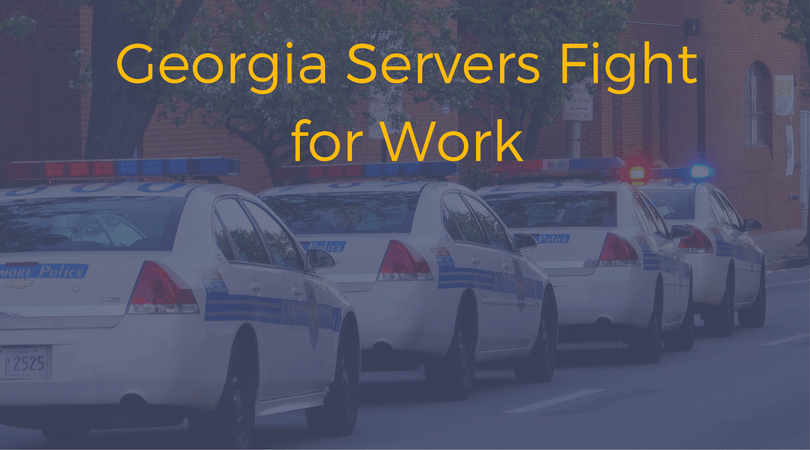 Though the sheriff’s association website has a registry of process servers who have been certified, sheriffs who have approved certification still refuse to allow them to work in their county, according to the lawsuit.

After several stops and starts during the judicial process, the sides argued the case before the Georgia Supreme Court this past May.

“(Our) position was that they could not refuse to allow certified process servers in the county absent having ‘objective criteria’ upon which the decision is based. (Our attorney) had initially quoted to the Court the various statements made by each of the sheriffs we had deposed, reflecting that there was no objective criteria,” GAPPS President Paul K. Tamaroff told his membership.

The sheriffs’ association responded, however, the law as written “intended for sheriffs to make an all-or-nothing policy determination whether they will allow (any) certified process servers to serve in their jurisdictions,” not just ones they’ve approved.

According to court filings, Gwinnett County Sheriff Butch Conway said “the service of civil process…has the potential to devolve into violent encounters (and) should generally be performed by law enforcement persons who have been specially trained.”

But the process servers countered that the sheriffs have not supported a basis for their ban that was “supported by facts or evidence…beyond their dislike of the statute.”

“In order for government action not to be arbitrary and capricious, there must be some rational basis for the action. The only alternative would be elected officials like the Sheriffs wielding nearly unlimited power,” attorney A. Lee Park wrote. The Georgia Supreme Court has until next year to decide whether to uphold or overturn the restriction.

For more information about finding a professional process server within Georgia, visit www.gappsprocess.com or find a trusted process server in our network.