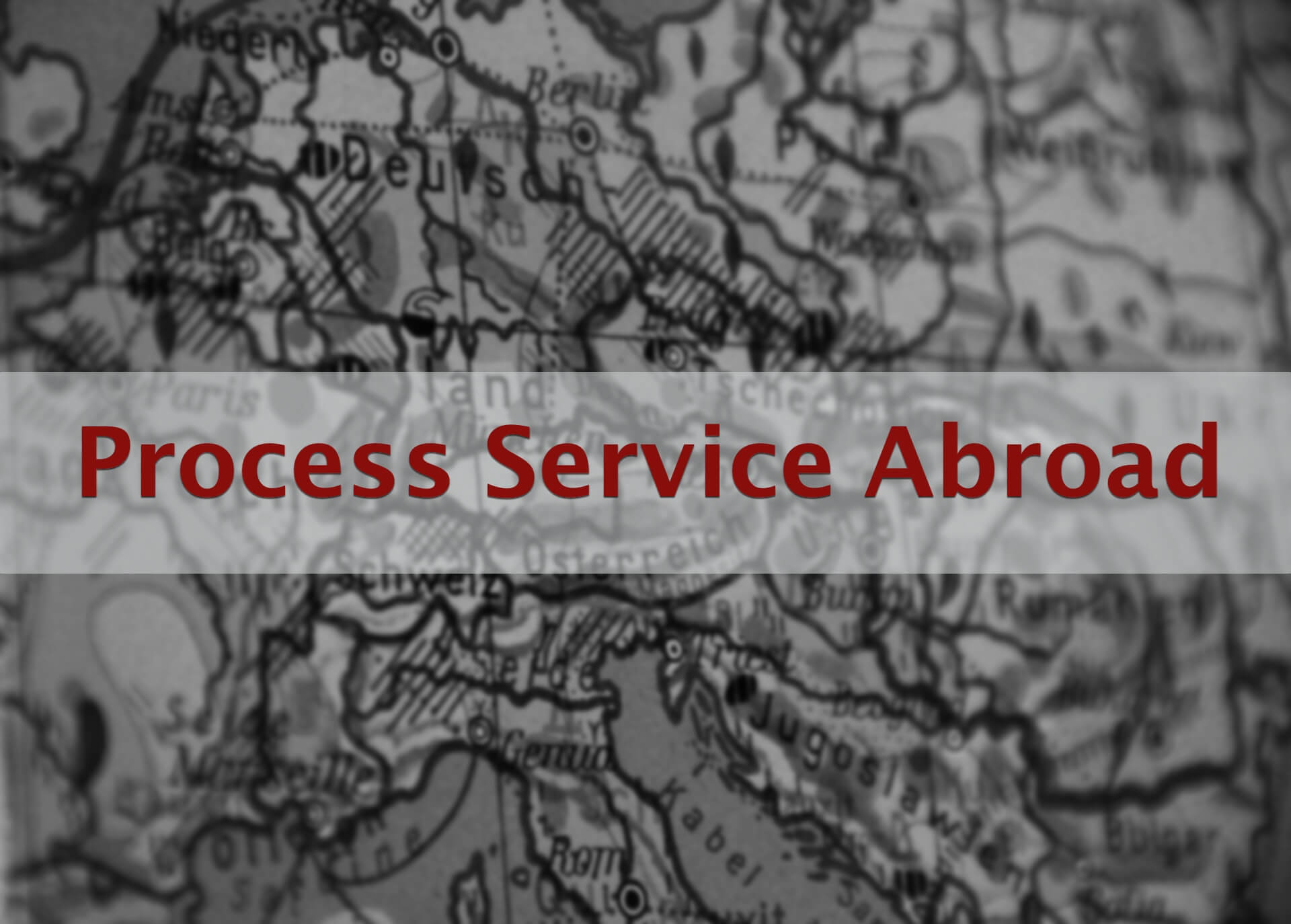 When it comes to international service of process, there are many process servers who avoid tackling the task like the plague — and with good reason. Serving foreign individuals can be a daunting task, especially when Hague Service Convention rules apply.

For process servers, the Hague Convention on the Service Abroad of Judicial and Extrajudicial Documents in Civil or Commercial Matters (established November 15, 1965 and commonly referred to as the Hague Service Convention) sets forth the accepted means of civil process service for international cases involving any of the parties to the treaty, which include both members and non-members of the Hague Conference on Private International Law. There are  71 members of the treaty, including the United States, Canada, China, France, Germany, Greece, Mexico, and the Russian Federation, among others.

However, with 11 pages of Frequently Asked Questions that accompany the 6-page treaty, The Hague Service Convention is anything but simple and easy to understand. The complex set of regulations, while initially established to clarify and streamline international service of process, contain many nuances and exceptions, which can be especially confusing for those unfamiliar with the Hague Service Convention. Complicating matters further is that Article 10(a), service of process by mail, is often interpreted differently by legal counsel from different countries.

Article 10(a) [Provided the State of destination does not object, the present Convention shall not interfere with ] the freedom to send judicial documents, by postal channels, directly to persons abroad

The confusion over Article 10(a) has found its way into courtrooms across the globe, and currently, this very section of the Hague Service Convention is being examined by United States Supreme Court. The case being reviewed calls into question the validity of international service of process by mail and the ambiguity of the language found within the Hague Service Convention.

This resulted in a copyright infringement lawsuit and Menon being sued by U.S. owned and operated Water Splash, Inc. Menon was served by certified mail, a method that was approved by State Court, at her residence in Canada.

However, she failed to respond to the summons, and as a result, the court made a default judgment against her. Menon later appeared before the court to contest the ruling with the reasoning that she had not been properly served in accordance with the Hague Service Convention.

Her appeal was denied in the Texas District Court; however, she appealed to the 14th Court of Appeals in Texas. There, her motion was granted, but the decision was not unanimous. The split-decision opinion filed by Justice Tracy Christopher reads: “For the reasons stated herein, I would conclude that Article 10(a) of the Service Convention permits service by mail in Canada. Because the majority does not, I respectfully dissent.”

For reference, Article 10(a) of the Hague Service Convention states “Provided the State of destination does not object, the present Convention shall not interfere with – a) the freedom to send judicial documents, by postal channels, directly to persons abroad.”

The case was then brought to the Supreme Court of Texas, whereupon the Court declined to review the case. Menon then appealed to the U.S. Supreme Court, where the case is currently under review.

It’s easy to see how this case landed in the Supreme Court. The amicus brief filed by the United States contends that the Hague Service Convention outlines acceptable alternative means of service, which includes sending court documents by mail —  It is the belief of the United States that “sending” court documents by mail would be the same thing as serving the court documents as the context refers to the same action, which concluded with the same result: the party received notification of the impending court case.

The amicus brief cites a laundry list of cases in which this verbiage is argued and in which case it was decided that, for all intents and purposes, that “send” means “service.” Their argument concludes with the explanation that although service by mail is not explicitly outlined as an acceptable means of service, it should be permitted when it aligns with “otherwise applicable laws.” Later, the amicus brief argues that “send” could only refer to service of process because the Hague Service Convention was specifically created to address service of process. The argument explains that  “ the only provision of the Convention that refers to Article 10 does not give any indication that paragraph (a) was seen as unique or as being about a different topic than is the rest of the Convention.”

The respondent’s brief reasserts the opinion that the lower courts provided in that the text is not ambiguous — it does not explicitly state that service by mail is acceptable. It also goes on to argue that interpreting the text as anything other than what it states is a violation of the Constitution’s separation of powers when a court “Resort[s] to extra-textual materials to interpret unambiguous treaty text.” The extra-textual materials refer to applying “customary international law” without prior authorization from the legislative branch.

Needless to say, it will be interesting to see how this plays out. The official ruling will certainly prove to be an important one, as it will surely pave the way for how international service is handled by the United States in the future.

The case is ongoing with Menon’s argument scheduled for March 22, 2017.

With a solid understanding of the Hague Service Convention requirements, a process server could easily handle foreign service. However, it is imperative that the Court make a decision on Article 10(a) while still upholding the values of due process. Until this case is resolved, process servers may be wise to heed caution when attempting to handle international service of process by mail for their clients.

For process servers who handle international service, keep your eyes on this case. There is no doubt that Menon vs. Water Splash, Inc. will prove to be a landmark case that should clarify how service of process is handled for international recipients.